Delhi doctor’s debut Hindi Novel, an epic tale of romanticism and revolution, is an ode to Ghalib’s Delhi

#PressRelease
Hazaron Khwahishen is the debut novel of Dr Rahul Chawla (MBBS, MD), a senior resident in a government hospital in New Delhi. It speaks of romance set against a backdrop of political turmoil in the nation’s capital city – events which will go on to change the history of the nation forever. The central theme of ishq and Inquilab (romanticism and revolution) resonates through the entire journey undertaken by the protagonists-a journey which begins when a girl and a boy with different ideologies inevitably fall for each other. The novel is a poignant reminder of more acceptable times when ideological differences weren’t met with the kind of belligerence today’s atmosphere fosters and partly serves to explain the genesis of this kind of narrative. It tries to dissect the dogmas of an increasingly aggressive population from a neutral perspective. The journey takes the reader through some of the most defining moments in this country’s history from the Partition, the Emergency, the events of 1984, the Shah bano case, kashmiri pandits and terrorism , all the way to Anna Hazare’s anti corruption movement and the general elections of recent times. The novel is an ode to delhi. There is an interesting anecdote where the protagonist explains the great history of Delhi from the time of indraprastha to its latest avatar given shape by Sir Edwin Lutyens – while answering a very valid question, who exactly is a delhi wala. It also has numerous interesting takes on the city’s numerous food joints and describes Shahjahanabad as a microcosm of India.

The book is available on Amazon at following link. 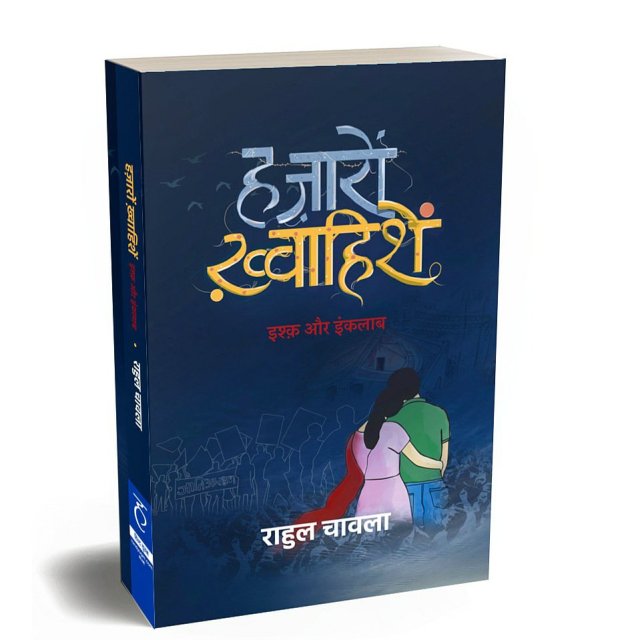 The characters in the novel range from IAS aspirants in Mukherjee nagar, intellectuals of gymkhana club and Khan market, the comrades of JNU, the beauty with brain of delhi university, to a boat man at the ghat of banaras.
Ripe with cinematic, literary, historical and political references which keep the reader engrossed ,Dr Chawla dedicates his first book to the city of djinns,a city which Mir once called ‘aalam mein intekhaab’. It’s an ode to Delhi – the city of Nizamuddin Auliya, Mirza Ghalib, Momin and Meer. It’s an ode to Hindi cinema and its songs. It’s an ode to hindi literature and its doyens. It’s an ode to various political movements of the country, which have affected us as a society and Nation. Its an ode to an idea , that is India.
As Dr Chawla says “The novel was initially planned in English, but midway I realized that full justice to the story could only be done when if it’s written in the language indigenous to the city and its characters. Now after having written it in Hindi, I am proud of the fact that I’ve completed my debut novel in my mother tongue. This novel is an experiment in itself with its multi layered structure, filled with self-references and Kafkaesque elements with a generous helping of sensationalism that is quintessential of any Hindi potboiler” .
The book was launched last week in the world book fair 2020 at Pragati maidan and is available in all major bookstores and online . The novel has been published by hind yugm, the flag bearer of nayi wali hindi.
Author Details:
Dr Rahul Chawla (MD) is working in a government Hospital, New Delhi. He has written two academic books pertaining to medical entrance examination, Biology @ Your Fingertips and Handbook of Biology, which are amazon best sellers in their segment.He also runs a successful blog where he guides students preparing for medical entrance examinations. Two more academic books are scheduled to release next year. He has also written three feature length screenplays, two of them qualified first round of Mumbai mantra Cinerise screenwriters lab but however couldn’t make into the final 10. He was also among 100 storytellers chosen by Mumbai Mantra Screenwriters lab in year 2016. Hazaaro Khwaahishein is his debut novel.